Video of the performance is available here.

A provocative interview of a leading public intellectual offers more about the personas on display than the rigors of a cerebral exercise. Taking place at a private home in Brooklyn, NY, the public intellectual Naomi Miller was interviewed and performed by a cast of five people who collaboratively wrote and improvised the script. The persona is a Sontag-like figure whose accomplishments are matched only by her superciliousness. The piece was made with an interest in the unavoidable contradictions that accompany a rise to fame—sincere talents are recognized then become obscured by an overblown persona—as well as how a persona is created collectively. Two other artists were also on the program for "An Evening of Culture": a lecture by Sara Shaoul and poetry reading by Hossannah Asuncion. 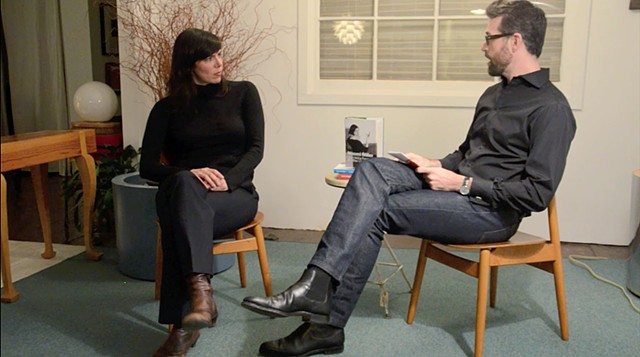 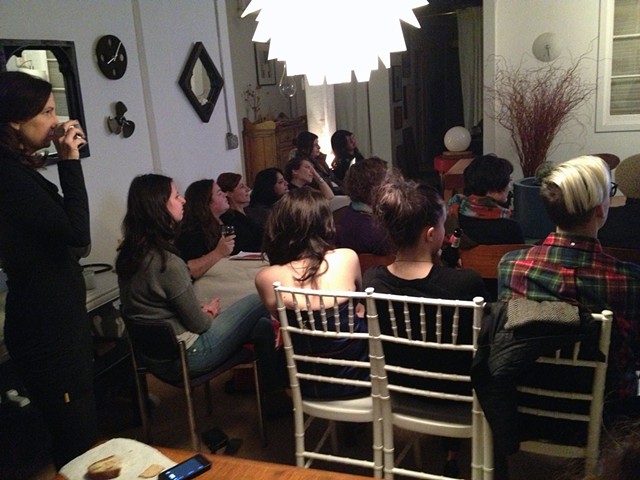 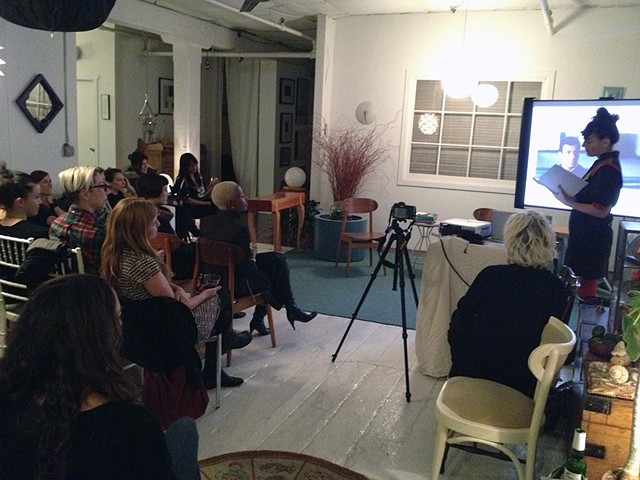 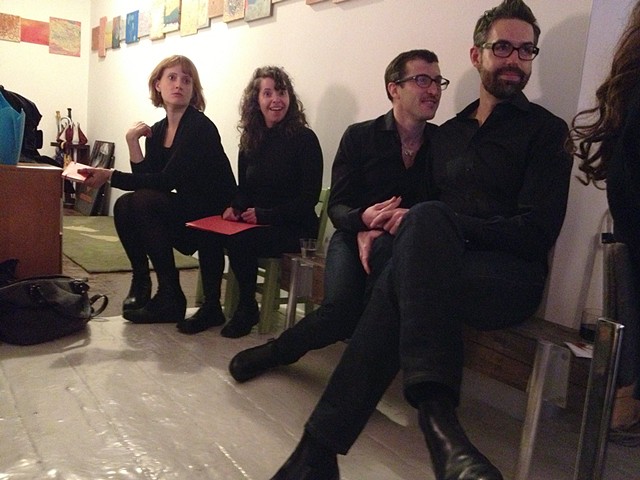 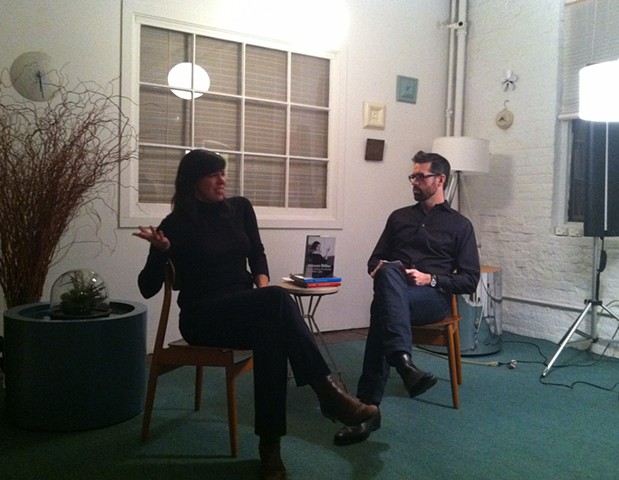 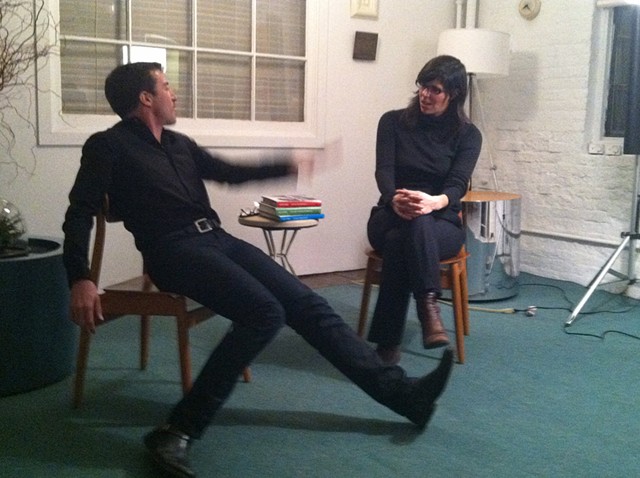 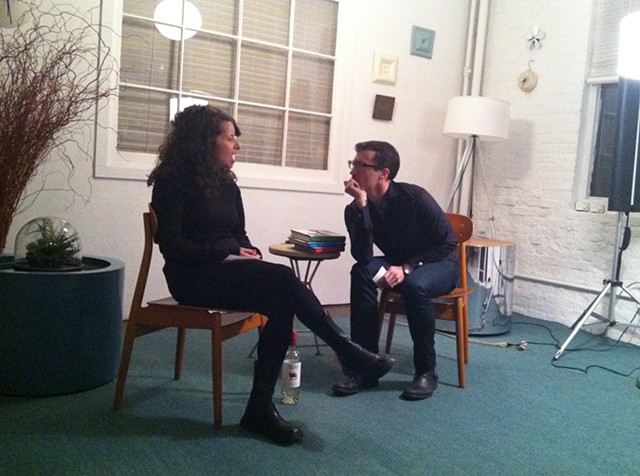 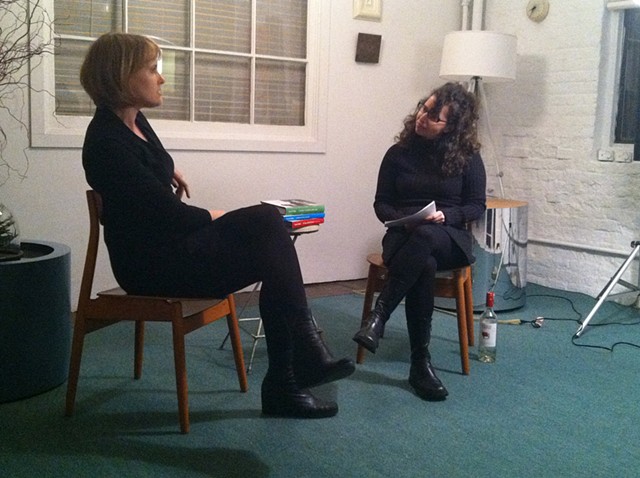 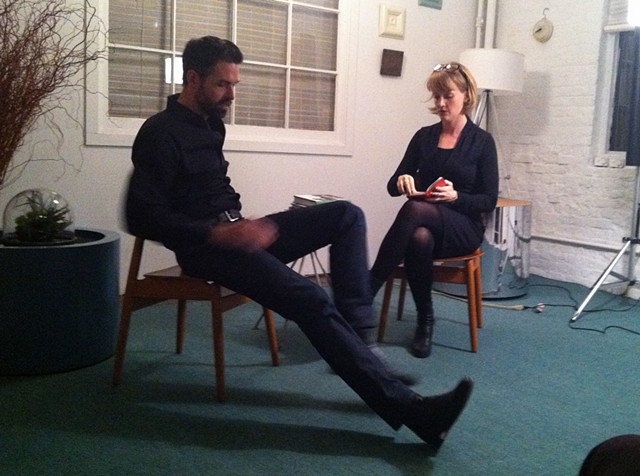